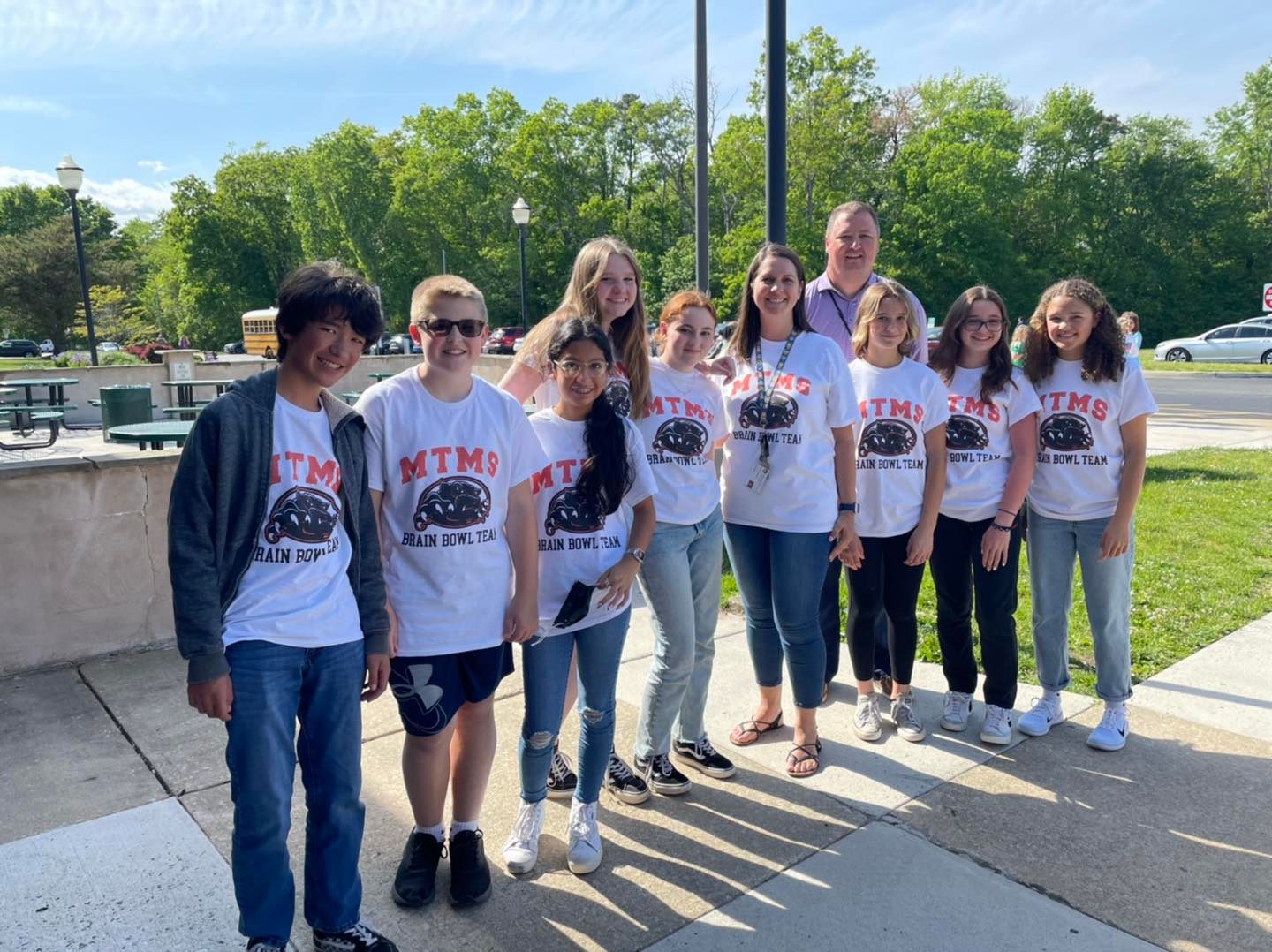 “The Brain Bowl is such a great way to allow our students to explore a shared interest for an intellectual challenge,” said Coach Douglass. “The team grows and learns together in a way that can be more exciting than just learning in a classroom.”

Middle Township Middle School’s social studies teacher, Mr. Josh McCarty, moderated the event. The first round included twenty questions, and the second round, twenty-five. Points were awarded for correct answers, taken away for incorrect answers and no points were taken or given if students “passed.” Sample questions touched on topics such as calculating interest, the well-known book of Tom Sawyer, and naming famous streets and their locations.

“This idea all started during monthly round table meetings with other local principals,” said Middle Township Middle School Principal, Jeffrey Ortman. “It’s amazing to see how far it’s come, even with the setbacks due to COVID. I can’t wait to see this program continue to thrive each year with more and more school participation.”