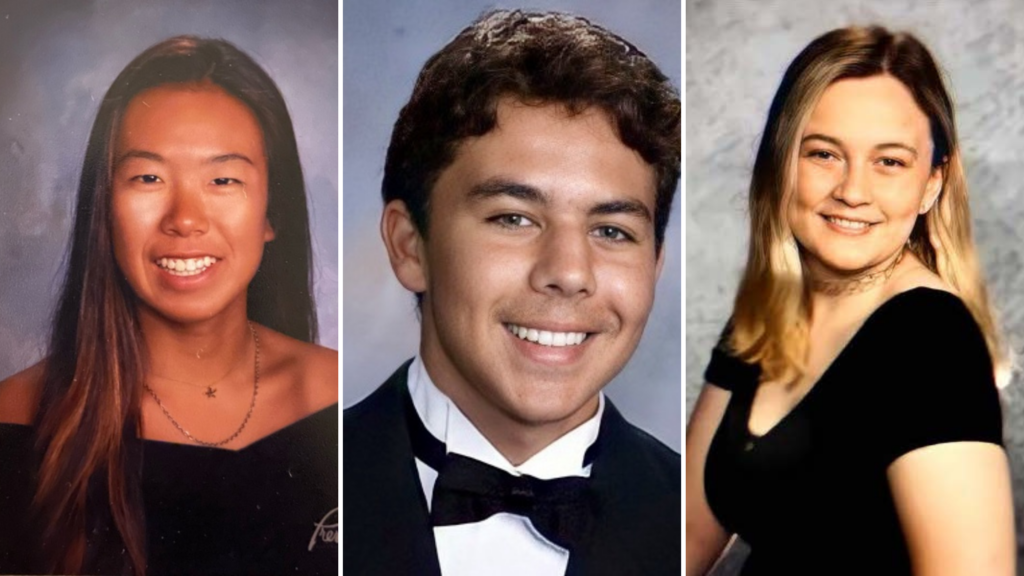 Sarina Wen, Jordan Severino, and Emily Mawhinney are all planning to attend an Ivy League school in the Fall of 2022. The three seniors have spent their time at MTHS involved in extracurricular activities, volunteer programs and honors classes.

“I am so incredibly impressed by these students and their achievements,” said MTSD superintendent, Dr. Dave Salvo. “While we can’t take the credit, this is a direct reflection on our schools and teachers. We are incredibly proud of them and are excited to watch them continue their educational journey.”

Sarina, 18, Cape May Courthouse, applied to Princeton, Stanford, Yale, and UC Berkeley. While she is humbled to be accepted to Princeton, she says she will wait for any other educational opportunities before a final decision is made. She plans on studying Biochemical engineering and attributes her strong passion for sciences to the education she’s received at MTSD. Sarina is involved in student government, is President of the National Honor Society, Key Club, and the Interact Club. Sarina is also a three-sport athlete and plays flute in John Walter Cape Community Band outside of school.

Jordan, 17, Cape May Court House, has been accepted to the University of Pennsylvania as an early decision applicant, Rutgers, Temple, and the University of Maryland. He has committed to UPenn as a Health and Societies major, thanks to a “very generous financial aid package.” He is also a three-sport athlete, is Vice President of the National Honor Society, President of the Key Club, involved with the Red Cross Club, student government, math league, Student Ambassador, Tzedek America, Drama Production, and is a student ambassador.  Jordan has been awarded the College Board National Rural and Small-Town Recognition Program Scholar Award, the College Board AP Scholar Award, Track and Field Cape Atlantic League All Star, Cape May County Pole Vault Champion, and Cross-Country Cape Atlantic League All Star. He also graduated from Kulanu School of Jewish Studies after taking social justice and Jewish learning classes after school. Jordan attended Religious Action in Washington and volunteers at Beth Israel Synagogue.

Emily, 18, Cape May Court House, will be the first of her family to attend college. She has been accepted to Cornell University as an early decision applicant and also applied to the New Jersey Institute of Technology, Delaware University, and Susquehanna University of Pennsylvania. She is very passionate about the environment and enjoys being out in nature, which is why she will be pursuing a degree in environmental sciences. She has yet to decide if her path of study will be law or science. Emily is involved in the high school marching band, mock trial, the school musical, fall play, and National Honor Society. She also plays multiple instruments in John Walter Cape Community Band outside of school, fulfilled the requirements to be awarded the Seal of Biliteracy in French, and was selected to participate in the New Jersey STEM Scholars Research Project on Wildfires, a research program of 100 scholars in NJ. Emily is the only participant from Cape May County.