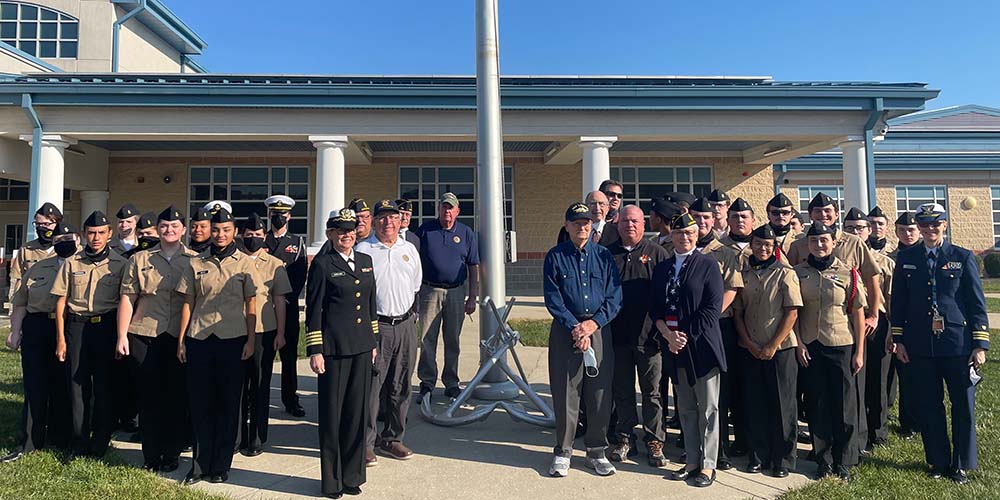 Captain Maureen Harden-Lozier, U.S. Navy (retired), Captain Adam Miklovis, U.S. Navy (retired), Master Sergeant Allyn Penkethman, U.S. Air Force (retired), and Sergeant Kevin Coyle, U.S. Army Veteran all made speeches to open the ceremony and give cadets an idea of what their lives were like in uniform. The four veterans, MTHS alumni and original members of the MTHS NJROTC program, which ran from 1973 – 1981, stood at attention as they were recognized for their service.

“My stories are not like other stories in this room. I was just a little piece of the puzzle, but I played an integral part of the whole mission,” said Master Sergeant Allyn Penkethman. “If there’s anything you can take from our experiences today, always remember the skills you are learning in this program are skills you will be using for the rest of your life.”

MTHS currently has a Navy National Defense Cadet Corps program, which is similar to the NJROTC program, only differentiated by funding. The NNDCC is supported by local donations from the community and MTHS, while a NJROTC program is funded by the Navy. For a program to be considered NJROTC, they must have at least ten percent participation from the high school’s total enrollment.

“We have so much support from the local veterans and the military, anyone who has any respect for those who have served have helped donate to our navy program here at Middle,” said Lieutenant Commander Susan Blood, United State Coast Guard Veteran and Senior Naval Science Instructor, NNDCC. “So, this is our chance to put the spotlight on them and all the work they continue to do in our community.”

Additionally, a set of anchors that has been at MTHS since the 1970s was dedicated to the former cadets from the 1973 to 1981 NJROTC program to demonstrate the school’s respect and honor for their service and acknowledge the history of the school’s military programs. These anchors are believed to have been built at the Navy Yard in Philadelphia.

The anchors were brought down from Philadelphia in the 1970s and placed at the school’s former main entrance. Once refurbished over the summer, they were moved to a more visible location on the school’s property and are now being properly maintained by the school’s NNCDCC cadets. 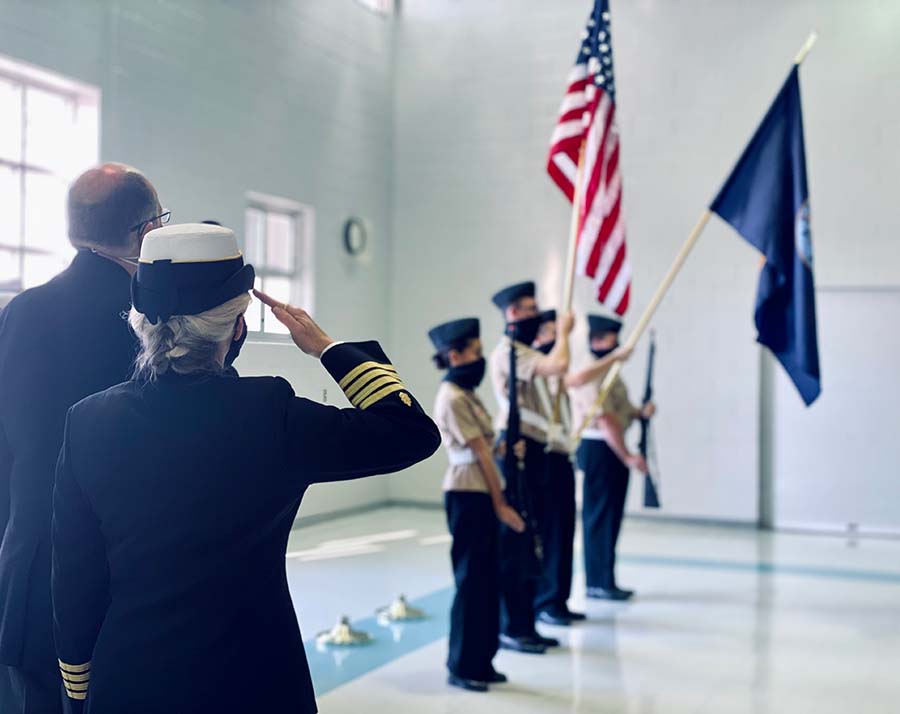