Numerous books featuring stories from young voices of the Holocaust are displayed and available for reading and discussion to Middle Township High School students. 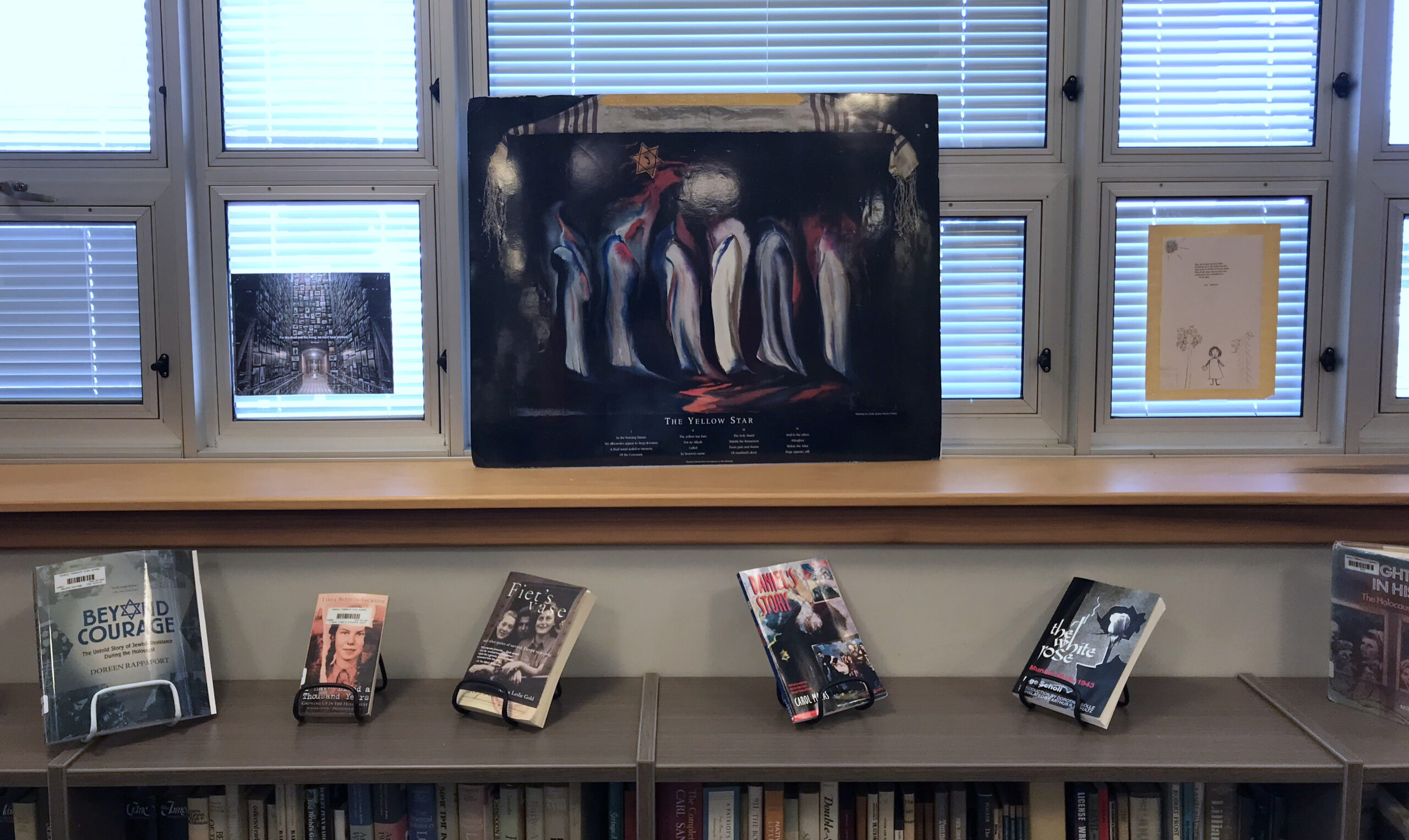 Roughly 25 different books will be on display for MTHS students to read for Holocaust Remembrance Day.

Middle Township, NJ – Middle Township High School (MTHS) students are observing International Holocaust Remembrance Day by taking a look inside the young minds of children who became victim to the Holocaust back in the 1940s. Starting on January 26, numerous books featuring stories from voices like Anne Frank and Elie Wiesel, children who experienced the death camps firsthand, are displayed and available for discussion to the students.

Other stories such as the collection of teen diaries from Alexandra Zapruder’s “Salvaged Pages” give moving insight into the horrors endured by millions of people under the Nazi regime, but especially the insight of the younger victims, similar in age to the students reading. These writings are meant to depict hardship but also resilience. Elie Wiesel, a survivor of two camps, said “When you listen to a witness [of the Holocaust], you become a witness.”

“This is a part of history that is so important to teach our students,” said Dr. Dave Salvo, Middle Township School District’s superintendent. “We have an obligation to remember the horrors that took and changed the lives of millions. They were more than just a number and it’s important for us to humanize them for years to come.”

Students at MTHS can check out a book from the collection of about 25 narratives. The display, put together by social studies teacher, Kim Moore, and library media specialist, Kelly Lasher, features a QR code that students can scan with their smart phone to learn more about the Holocaust and this Remembrance Day through the US Holocaust Memorial Museum website. This website houses numerous resources to teach millions of people each year about the dangers of unchecked hatred and the need to prevent genocide. “This project is more important now, than ever, in our world,” said Moore.

In 2006, the United Nations designated January 27, the anniversary of the liberation of Auschwitz-Birkenau death camp, as International Holocaust Remembrance Day. The international holiday honors the 6 million Jewish victims and 5 million others who were murdered by the Nazis and their collaborators, while also serving as a day to educate younger generations on this anti-democratic movement in the hopes of preventing future genocides

The display will be featured for roughly two weeks.