After playing professional football and then being drafted into the military, John Roberson returned to Middle Township High School in the early 1960s to teach and coach football. 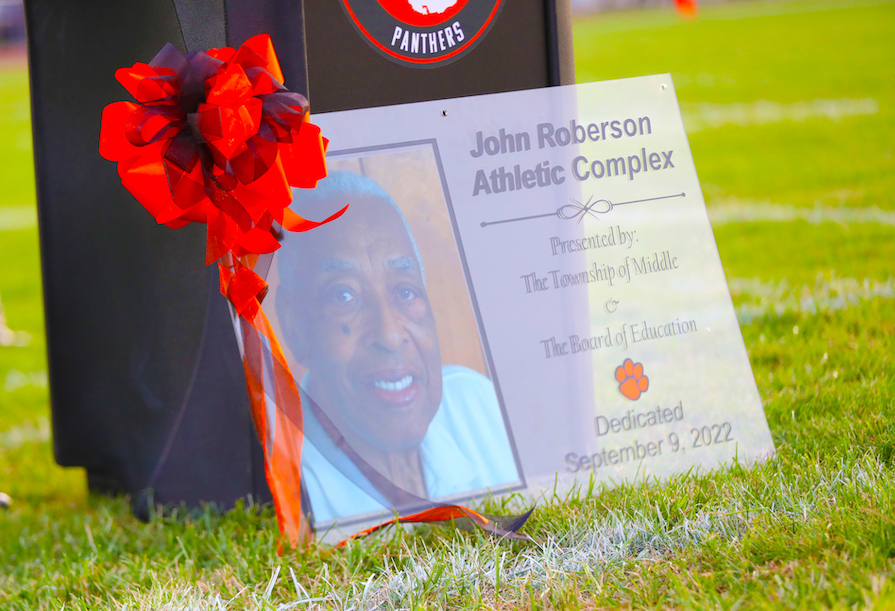 Cape May Court House, NJ – The Middle Township School District and community members gathered under the Friday night lights for the dedication of the John Roberson Athletic Complex at Memorial Field during the Panther’s season opener on September 9.

“I respect and love my dad dearly because of what he’s taught me,” said Craig Roberson, John’s son. “Our name carries so much weight in the community because of him and I really appreciate the school giving him his dues. He worked really hard to present himself that way.”

John Roberson, a Middle Township High School 1948 graduate, was a triple-threat halfback on the school’s football team. He scored 92 points and passed for 72 others in his senior year, leading the team to a co-county championship. Known for his fine passing arm and superb kicking and running, he became one of Middle Township’s most famous all-around players.

Post-graduation, Roberson went on to play football for Indiana University, which landed him the opportunity to play for the Pittsburgh Steelers for two seasons as a running back. Unfortunately, his professional career was cut short once he was drafted into the military to fight in the Korean War. A war injury kept him from putting back on his cleats once he returned to the states.

After teaching in Ohio for three years, Roberson returned to Middle Township High School in the early 60s to teach and coach football until he retired in 1979.

“John Roberson was a pillar in our community,” said Middle Township School District Superintendent Dr. David Salvo. “He was a friend to many and is dearly missed. We feel that this is the most fitting and appropriate way to remember someone who was so loved and respected.”

“Dad had always been an athlete,” said Craig Roberson. “He was an educator, a mentor, a family man, fantastic father – that’s what I grew up with.”

Roberson’s #27 jersey was retired during a ceremony at the high school in 2018, which he attended alongside his wife, Dorothy. Roberson and his wife passed away just six weeks apart, in July and September 2021.

“Dad had a real giving spirit. His whole outlook on life was being comfortable in his skin and giving back to his community. That’s what he’s always taught me to do, give back as much as I possibly can,” said Craig. “There are a lot of people who are less fortunate. His legacy is still living on through Concerned Citizens [of Whitesboro], our community fundraisers, golf tournaments and benefits. As long as I’m continuing to do that, he’s looking down and smiling.”

Like his father, Craig has been an avid supporter of the Concerned Citizens of Whitesboro for many years. The non-profit organization is dedicated to the social and economic development of the residents in the community. They collaborate with local non-profit organizations to provide support services for families in need in their “strong and vibrant community.”

“I’m so glad we have the opportunity to continue his legacy of inspiring students and athletes now even after he’s gone,” said Middle Township School District Athletic Director, Dr. Sharon Rementer. “Continuing to motivate the students who play on the field that now bears his name.” 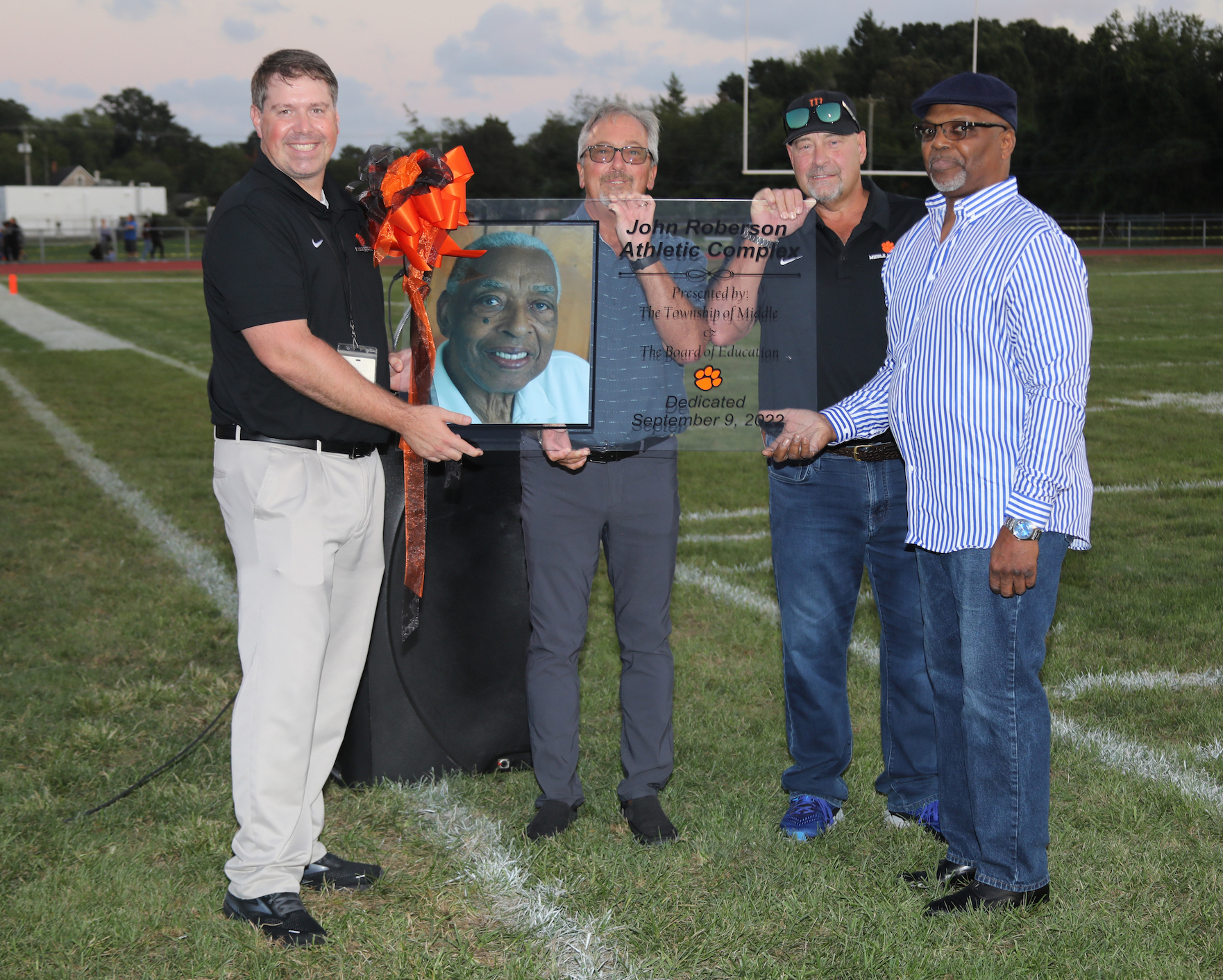