Middle Township Wrestler, David Giulian, made history as the first Panters wrestler to reach state semifinals, as well as the most career wins in the MTHS wrestling program 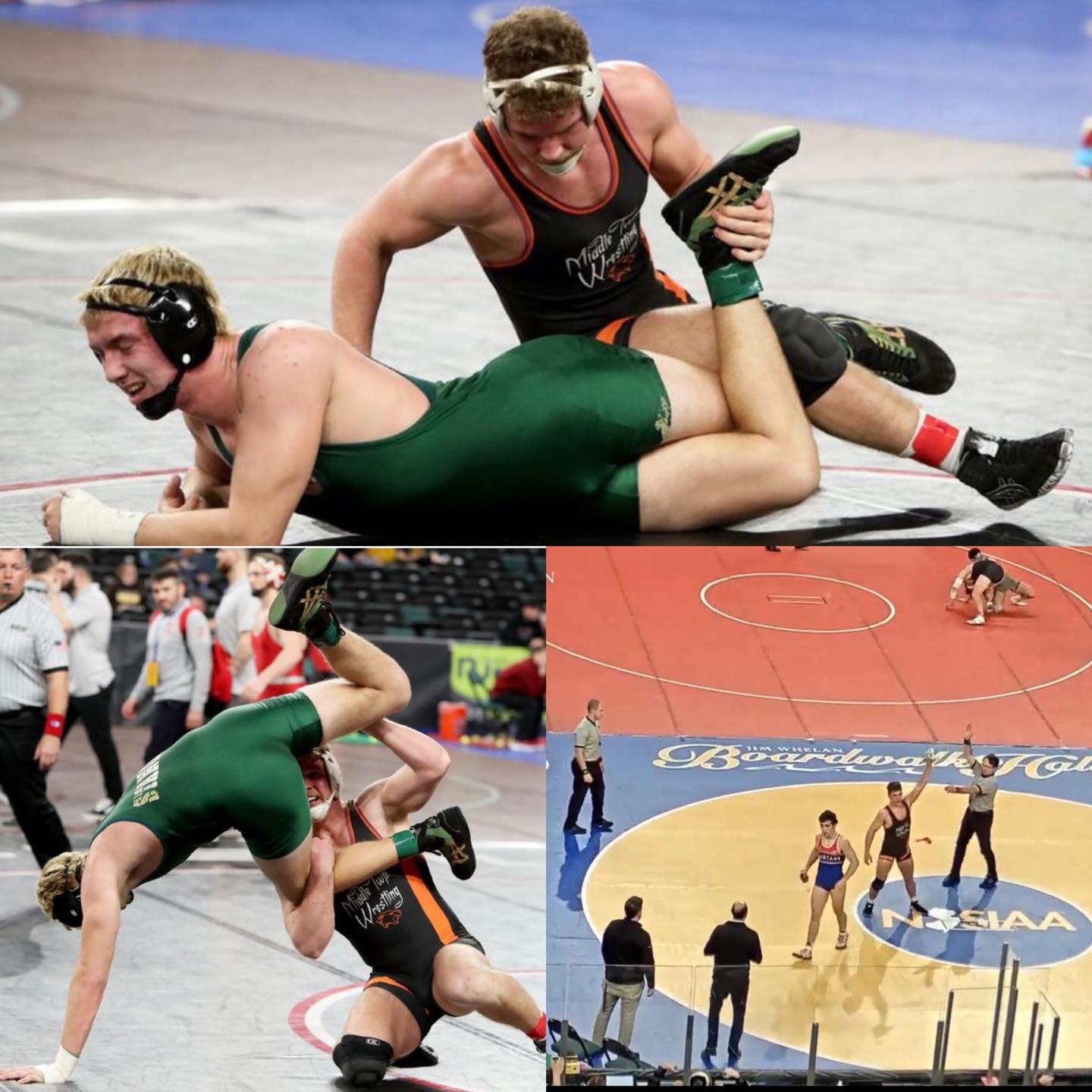 ATLANTIC CITY, NJ – Middle Township High School senior, David Giulian, made history last weekend as the first Panthers wrestler to reach the state semifinals. This run landed him a spot on the podium at the NJSIAA State Wrestling Championships held in Atlantic City.

In the first round which began on Thursday, March 3rd, Giulian won 14-3 to earn a major decision over a Brick Memorial wrestler. He followed that later in the night with an 8-5 win in his “Round of 16” match against the Region 6 Champion, whose record coming into the bout had been 27-1 on the season. On Friday, Giulian won his quarterfinal match with a takedown in sudden death against the wrestler from Delsea who had defeated Giulian in the District 31 and Region 8 finals. This win advanced Giulian to the semifinals later that evening where he lost to the eventual State Champion and #1 ranked wrestler in the nation from High Point.

“Having the all the coaches and teammates support me and push me to be able to compete at such a level is something special. Without them, I’m not the athlete I am today,” said Giulian. “One of the best things this achievement has shown me is how proud my mom and dad are. Seeing them just as happy, if not more – makes being on the podium just a little more special.”

Giulian finished his high school career 6th in the state and with 117 career wins, making him the most successful Panthers wrestler. He hit his 100th career win back in January.

Wolf explained that Giulian’s successes are due to his “incredible work ethic, mental and physical toughness, mindset, persistence, ability to adapt and adjust, be coachable, stay focused, and a great training partner in senior Alick Killian. Words cannot express how proud we are of Dave, not only on the mat, but as a leader in our school building and community.”

“I believe because of Coach Wolf and his staff that I’ve gotten everything I possibly could have gotten out of the sport. From self-discipline, to pushing myself past where I thought I could go, to being as mentally tough as I believe I am,” said Giulian. “Because Coach Wolf and his staff train our minds as much as our bodies, they have given me the opportunity to compete at a high level and to succeed.”

Wolf, a MTHS alumni ‘02, has coached Middle Township High School wrestling since 2008. He has 158 career wins, making him the school’s most successful wrestling coach. Coach Wolf is most proud that 54 of his 59 senior varsity letter winners attended college and two others have joined the military. Giulian will be adding to this list when he graduates this year with plans to go to college for an education or business degree. He has already been accepted to seven different colleges, and now that wrestling is over, will spend more time visiting the campuses to plan for his future. Wolf attributes Giulian’s exceptional grades and athletic accomplishments to the long list of elite schools he has to pick from.

Giulian is a team captain not only of the wrestling team, but also of the football and track and field teams. He is also a member of the National Honor Society, carrying 4.22 GPA, a member of student council, and loves spending his free time in the summer being a member of the Avalon Beach Patrol.