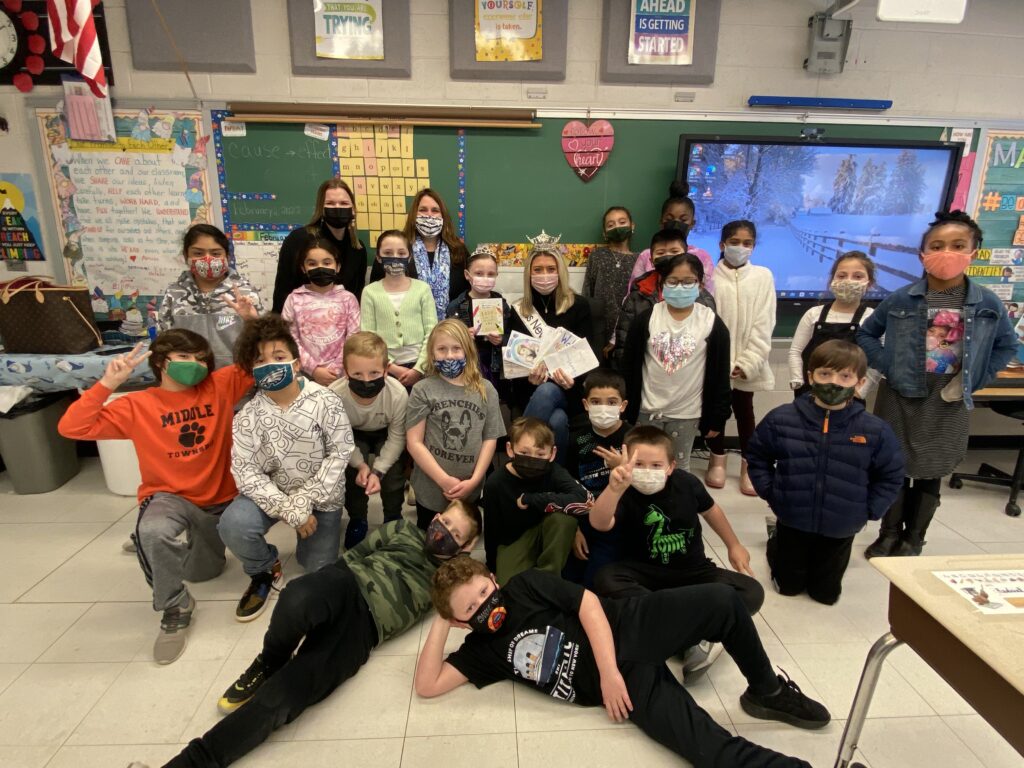 Cape May Court House – Local dignitaries and other students took the time to read to children at Middle Township Elementary #2 (MTE2) for the 13th annual World Read Aloud Day on Wednesday, February 2.

Among the readers were Congressman Jeff Van Drew, Miss New Jersey and Middle Township alumnus, Alyssa Sullivan, retired Judge and author of the novel that inspired HBO’S Boardwalk Empire, Honorable Nelson Johnson, Senator Michael Testa, members of the men’s and women’s Cabrini University basketball team, as well as Middle Township School District administration, and former and current students. Readers who were unable to attend in-person joined the classes via ZOOM.
The annual celebration of reading stories encourages students, young adults and others to read aloud to an audience. “Teaching our students the importance of picking up a book and reading has always been an important part of our jobs as educators, but a lesson equally as important, teaching them the importance of coming together as a community to support these educational efforts,” said MTE2 principal, Nancy Loteck. “It makes an impact on students. Students having even this small connection with people in their communities, such as the congressman or the senator, it makes an impact on their future.”

According to Scholastic, a World Read Aloud Day sponsor and the world’s largest publisher and distributor of children’s books, World Read Aloud Day has called attention to the importance of sharing stories by challenging participants to grab a book, find an audience, and read-aloud. For the last thirteen years, the global effort, which was created by the non-profit LitWorld, is celebrated each year in over 173 countries.