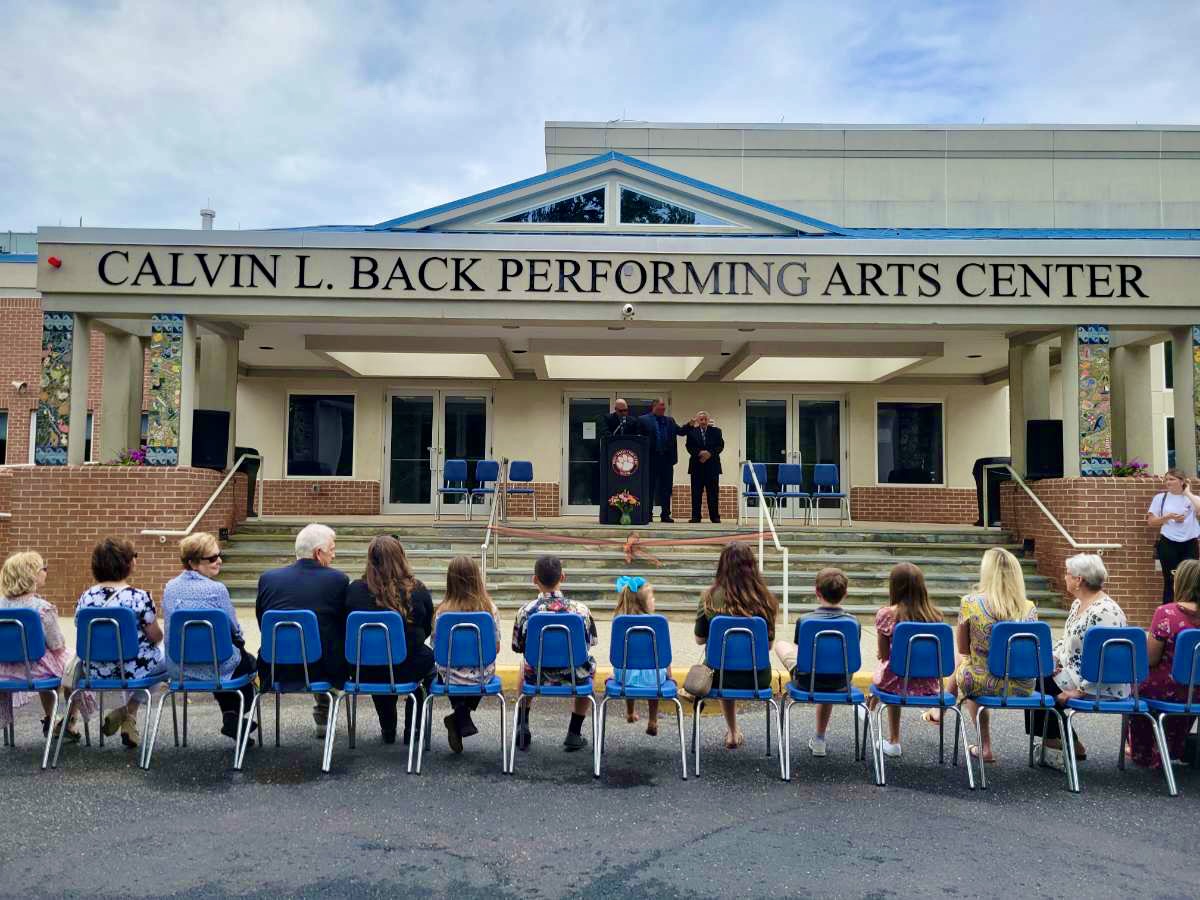 Family members of Calvin Back sit in the audience as district officials dedicate and name the Performing Arts Center after him.

CAPE MAY COURT HOUSE, NJ – When Calvin Back was elected to the Middle Township Board of Education for the first time in 1962, gas cost 23 cents a gallon, an annual salary was $5,000 and a loaf of bread was less than a quarter. Born and raised in Cape May Court House, Back has served on the board for 60 years, earning the recognition of longest-serving member in the state. He was honored Monday, June 13, when the district officially named the high school’s Performing Arts Center after him. 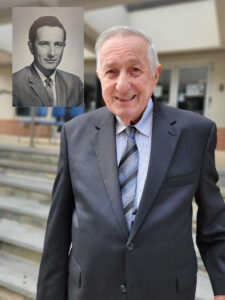 Calvin L. Back just after the dedication ceremony on June 13, 2022. The photo in the top corner is Back’s BOE headshot from 1963.

Back, who served as the board president for 30 of his 60 years, also oversaw the construction of the middle school and Elementary #2. A builder by trade, he was part of the crew working on the high school at age 27 when he decided to run for office. “I figured why not?  There were all sorts of projects being proposed and I wanted to get involved and help shape the schools in the community where I lived and grew up.”

Getting involved was nothing new for Back, who also was a volunteer firefighter in his hometown of Cape May Court House, eventually rising to the rank of chief. Professionally, he owned a construction business and built homes across the country.

“He devoted any spare time to public service,” said Dr. David Salvo, Superintendent of Middle Township School District. Back hired Salvo as an assistant principal in 1995, before he was named superintendent in 2014.  “We wanted to honor him and his incredible service, and to celebrate this honor with his family, friends and colleagues. He has touched so many lives and has had such a lasting impact on this district and this community. We had to make sure his service is never forgotten.”

“It’s been an absolute honor to serve alongside this lifelong servant of our educational community,” said Dennis Roberts, president of the Middle Township Board of Education. “His quiet leadership and mentorship have been invaluable to many of our past superintendents and board members, including myself. There has never been a more deserving person to have this building named in his or her honor.”

Senator Mike Testa (R, 1st Legislative District) was also in attendance for the dedication and spoke about legacy. “Mr. Back is a true legend,” he told the crowd. “The Performing Arts Center is just one part of his legacy. He’s done so much for this community in so many ways. It’s a honor just to be in his presence.”

Back said he will not seek reelection – instead, giving someone else an opportunity to get involved – just as he was given 60 years ago. He’s looking forward to spending more time with family – many of whom were in attendance for the dedication, some coming from as far as Florida and Texas. His great-grandchildren were the first to take a photo at the event with their now-famous Pop.