Two of the largest universities in South Jersey hosted or participated in the opportunity to provide MTHS students with a jump-start on their futures. 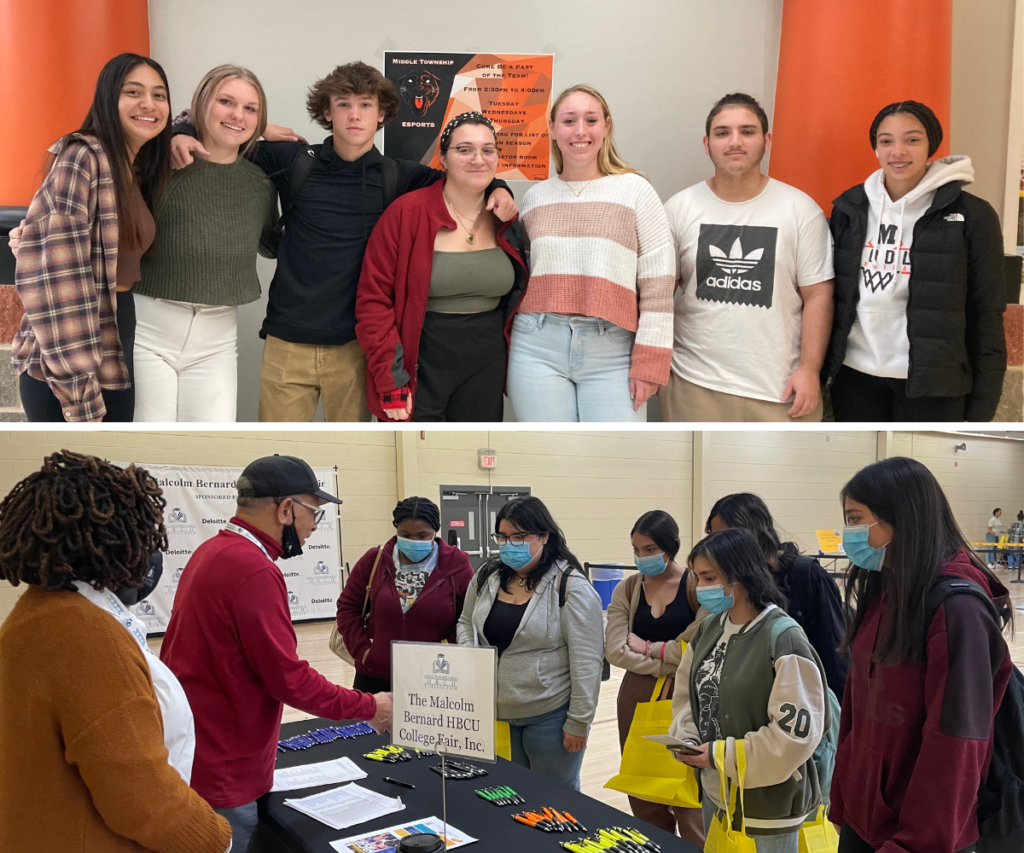 CAPE MAY COURT HOUSE, NJ – More than a dozen Middle Township High School (MTHS) seniors are heading into the holiday break feeling extra thankful. Earlier this month, students were recognized for their academic achievements with early acceptances into colleges and local universities — and thousands of dollars in scholarship funds.

On Nov. 14, Middle Township seniors attended the 24th annual Malcom Bernard Historically Black Colleges and Universities (HBCU) College Fair, which was held at Rowan University among other locations. The afternoon was spent learning about almost 50 of the participating schools and their program offerings while receiving on-site admission opportunities and scholarship considerations. The HBCU College Fair toured New Jersey, New York, Pennsylvania and other locations the week of Nov. 12-18.

The MTHS guidance department provided students with their official transcripts and test scores to bring to the event. The records came in handy for online applications, which college admissions counselors were able to review on-site.

“College tours like these really provide our students with an opportunity that they wouldn’t normally have when it comes to travel limitations,” said Middle Township School District (MTSD) Supervisor of Guidance Joelle Tenaglia. “It’s important that they actually get one-on-one time to speak with college representatives and learn more about their future options. Not only this, but these early acceptances and scholarships help them walk away feeling more prepared for what’s after high school sooner than most.”

In the same week, MTHS, along with a Stockton University college admissions counselor, hosted their first ever Instant Decision Day at the high school. On Nov. 16, a total of 10 students were accepted to Stockton and awarded a total of $72,000 in annual merit-based scholarships after applying online earlier in the year.

“We are so thankful for the education partnerships we have with Stockton and Rowan, among many others,” said Middle Township School District Superintendent Dr. David Salvo. “It’s so important for us as administration to facilitate these connections and help our students get a leg up in the education world.”

Additional students that have been accepted through Instant Decision opportunities outside of MTHS events. These students have not committed to the prospective colleges/universities, but “it is a huge relief for them to know they have this option,” said Tenaglia